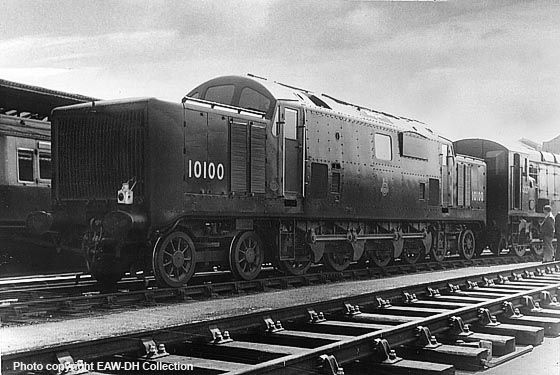 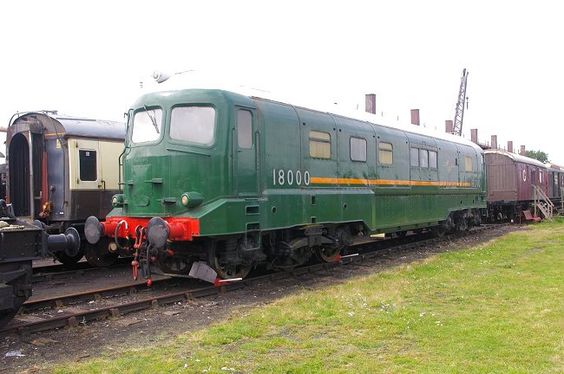 BR 18000 A1A-A1A Gas Turbine Locomotive Number 18000 was powered by a gas turbine “turboshaft” generator, which itself was started using a diesel motor. She was used on BR’s Western Region on express trains out of London’s Paddington station. The normal procedure was to save fuel by using only diesel power when moving the locomotive between Old Oak Common depot and Paddington. 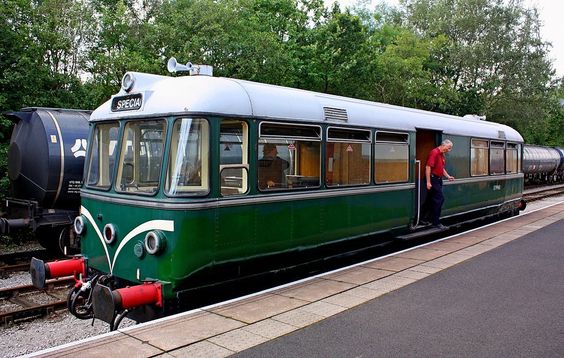 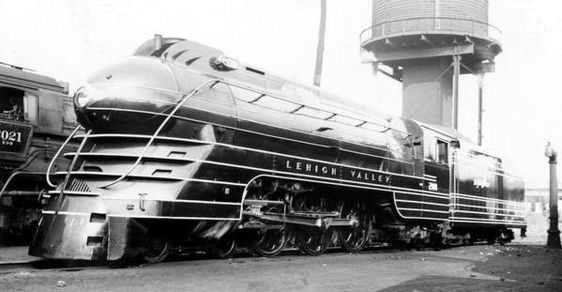 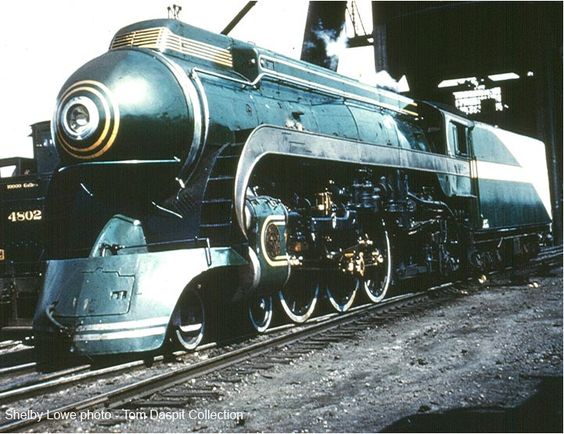 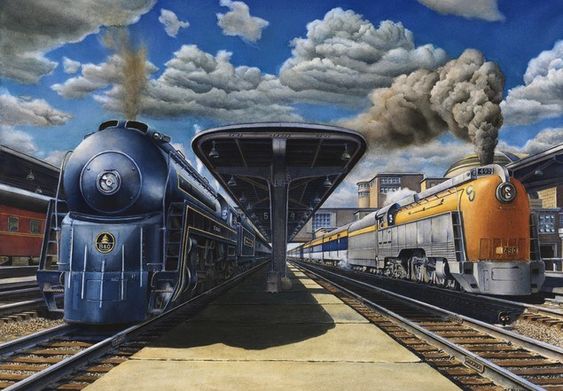 n the late 1940’s, due to significant post war backorders of diesel and modernized passenger equipment, The B Railroad, along with rival C Railroad, streamlined a few steam locomotives and upgraded existing passenger equipment in an effort to boost rail traffic. This limited edition train print showcases the B 4-6-2, P7 #5301 (The Cincinnatian) alongside the C 4-6-4 L1 Hudson #490 (The George Washington) at Cincinnati Union Terminal. 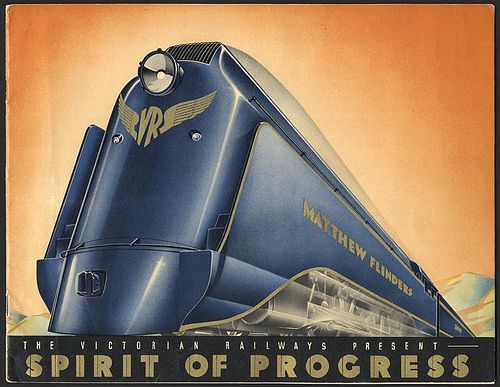 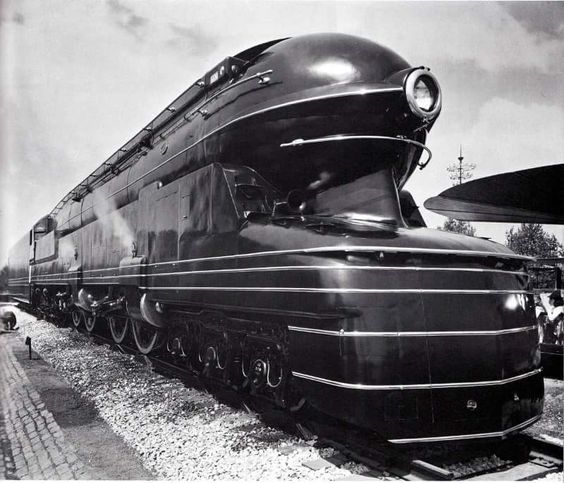 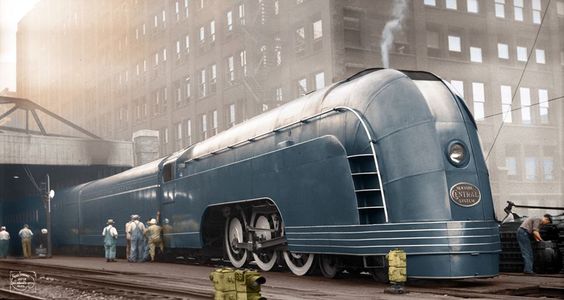 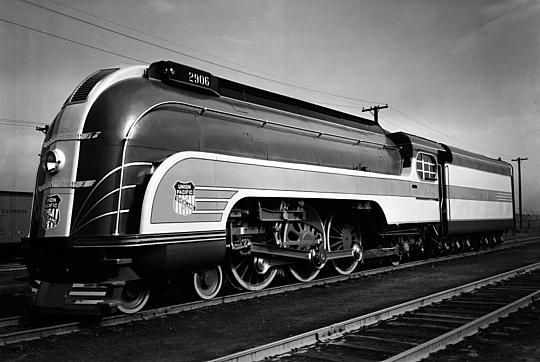 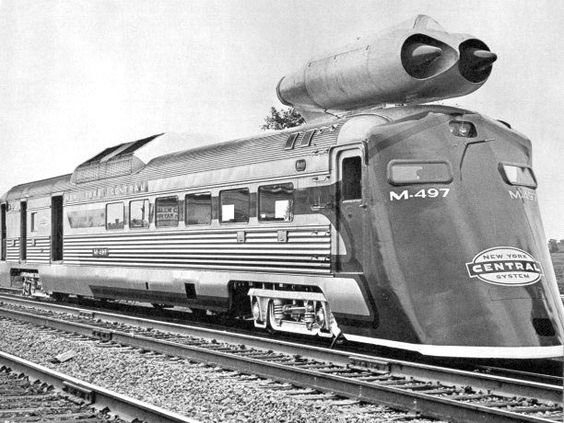 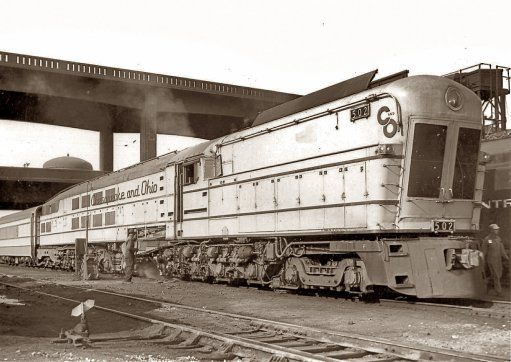 Chesapeake & Ohio M-1 steam turbine 502 at Cincinnati on July 2, 1949. These coal-fired turbine locomotives were complete failures in passenger service despite their impressive size and complexity. Built in 1947 by Baldwin Locomotive for exorbitant prices, all three were retired by 1950. 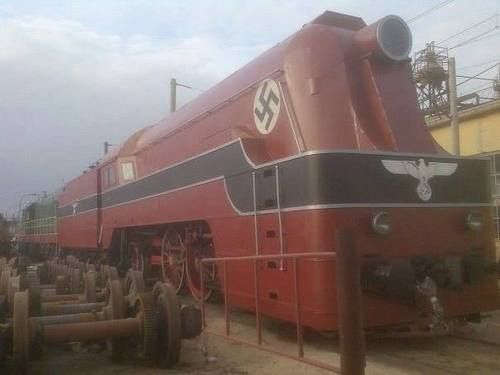 Nazi Gold Train Found in Poland! Rumour that a WW2 German train has been discovered hidden in a tunnel in the mountains of Silesia in south-west Poland. http://polishpoland.com/category/railways/ 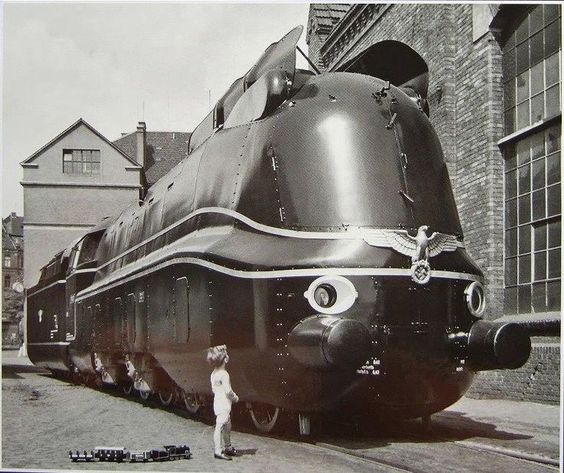 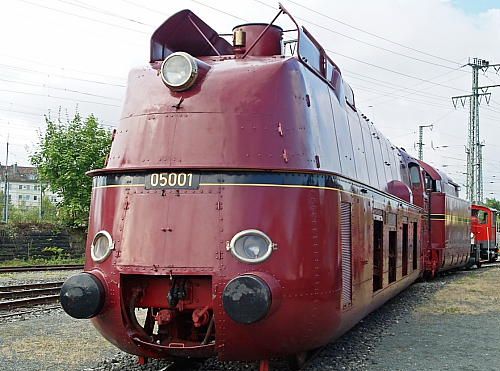 Not only the 05 001 belongs to the sights of the DB Museum.
Photo: Deutsche Bahn AG
Follow Vintage and Restored trains on WordPress.com