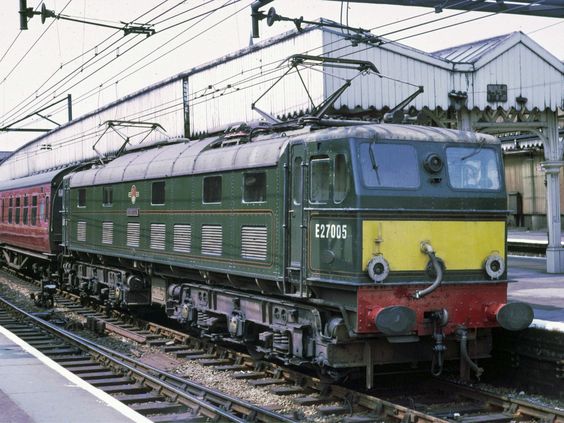 E27005 ‘Minerva’ at Guide Bridge Station on 13th July 1967. Built by Metropolitan Vickers, Gorton Works and delivered on 11th Dec 1954. Withdrawn with the rest on the Class on 5th Oct 1968. The whole ‘Class 77’ fleet were then sold to Dutch Railways and shipped over in Sept 1969 to be renumbered as ‘Class 1506’, however E27005 was deemed beyond repair and used for spares being officially cut up at Tilburg in June 1971 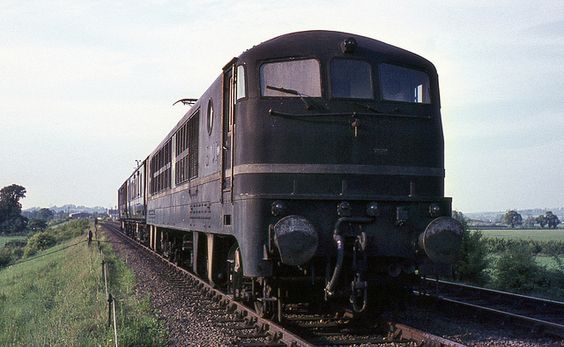 BR Metro-Vick electric E2001 near Westcott, May 1970. The unique machine was built as a Gas Turbine by Metropolitan Vickers – ordered by the Great Western Railway, but not delivered until British Railways days as No. 18100. It was later converted to an electric locomotive (E2001). but as a completely non-standard design it had little chance of long term survival. Officially withdrawn in 1968, it then had a curious after-life involved in wind velocity tests. Sadly, scrapped a year or so later. 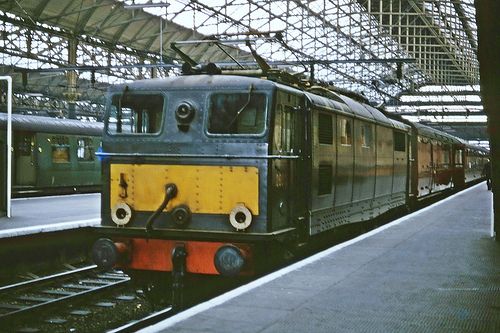 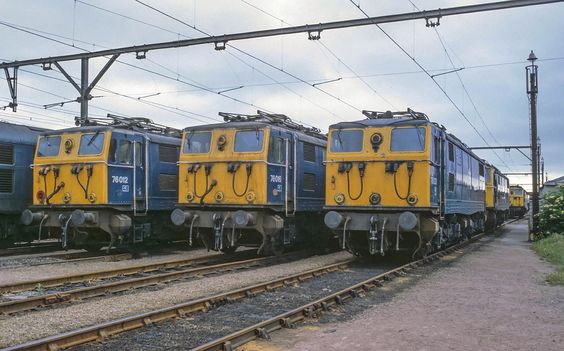 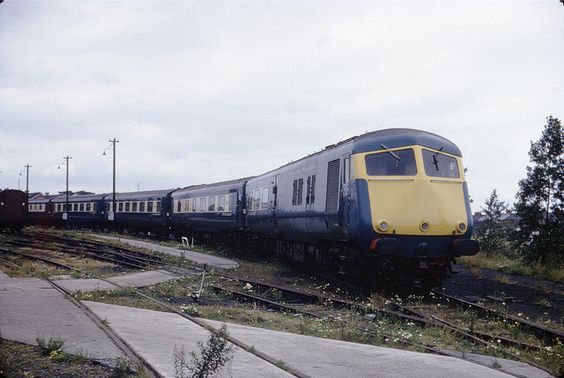 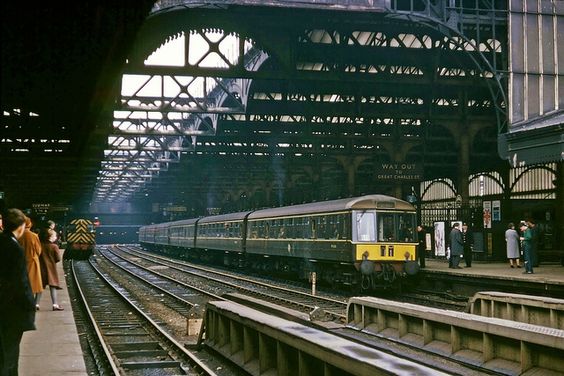 August 1956 and trainspotters get a good view of the new Diesel electric locomotive which British Railways are trying out, as it passes through Gargrave Station on the Leeds to Carlisle line, where the tests are taking place.
The big blue engine carries the name Deltic on its side and has three decorative white chevrons on the front.
Power is provided by two Napier Deltic 18 oil engines with a rated output of 3,300 h.p.

Vintage and Restored trains
Create a free website or blog at WordPress.com.