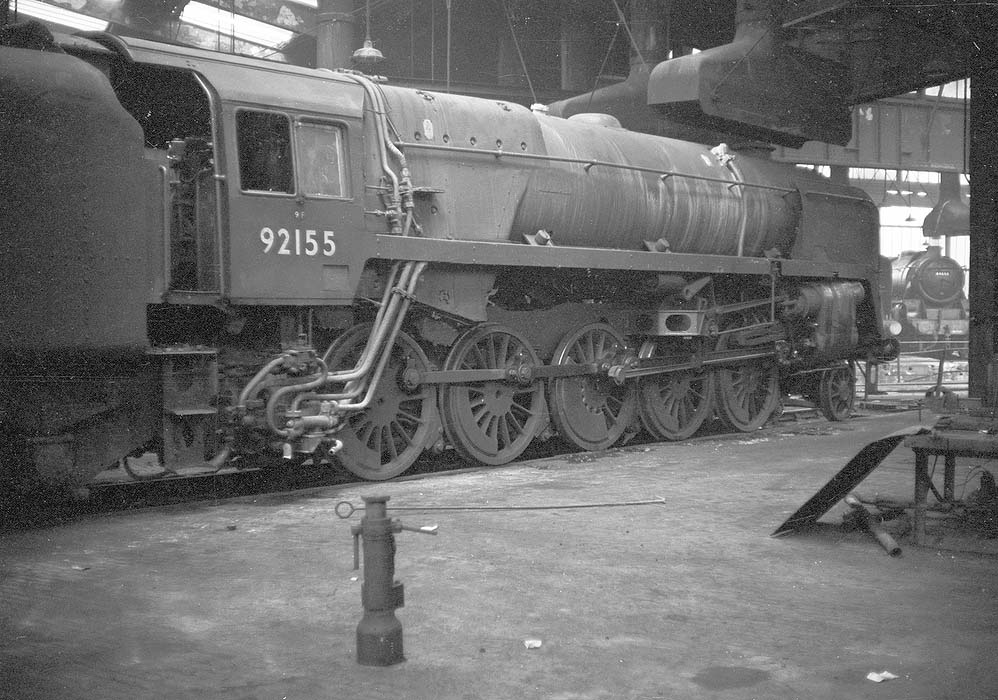 British Railways Standard Class 9F 2-10-0 No 92155 stands ‘cold and serviced’ around No 3 shed’s turntable. In the background also standing around the turntable fully serviced and prepared is British Railways built ‘Black 5’ 4-6-0 No 44666. The 9F was built at Crewe works in November 1957 and was in service for only nine years being withdrawn in November 1966 from 8C Speke Junction shed. The ‘Black 5’ however had a longer working life being built by Crewe works in July 1949 and remaining in service until April 1967 when it was withdrawn from 8A Edge Hill shed.